That Emily had contacted me in plenty of time was encouraging – if I’m working on a collaboration shoot, then I want to have some creative input so my own work (as well as the student’s) is shown to best effect.

I’m aware of the fixed deadlines on these projects.
But I’m also aware that any shoot will probably involve me in two weeks of post-processing, so I don’t take the commitment lightly.
I want images that will work in my portfolio, and that let me work to a professional standard (so I don’t apply for last-minute shoots).

There’s a fine line here. It’s important to me that my collaborators respect the contribution of the professionals they’re working with, rather than seeking to micro-manage. On the other hand, it is their project – and their degree on the line – so it’s equally important that I don’t unilaterally impose my ideas.

I don’t think Emily and I had any problems in this respect.

The meeting established the general scope of the shoot, the look and feel Emily was looking for, and the deadlines and deliverables that Emily would be looking for,

I had already committed to another student shoot, and made Emily aware that this had to be my priority. When we’d established Emily’s deadlines, I was happy to commit to her project.

Emily confirmed that she had a model (another Emily), and also introduced Holly, who would be shooting a video.
It was held at the studio, which had the advantage that Emily and Holly were able to visualise the shoot setup.

We outlined props that might be appropriate to the ’80s theme.
Specifically, Emily had wanted a chaise for some of the outfits – and we have one in the studio.
Emily brought a mood board, and the designs for her outfits, and emphasised that she wanted a delicate, feminine feel for the images.
(For me, this established the ‘time’ context we were aiming for – the softer, more gentle visual language of the late ’70s / early ’80s, rather than the bolder, more strident style of the later ’80s.)

Shooting a video at the same time was a bit of a complication – it meant that we needed to allow for two different lighting setups (one for stills, one for video) which would slow the shoot down. Holly didn’t have any lighting resources of her own, so I took responsibility.
The bonus, from my perspective was that Holly would be able to help me with the setups, without distracting Emily from her rôle as art director.

I suggested a full-day booking, so we weren’t under time pressure (and, ideally, a contingency backup day).

After the first meeting, we quickly settled on April 25th for the shoot.

Emily had to make the garments – in the event, she finished with more than a day to spare.

I had a chance to plan the shoot in a bit more detail.

I felt that each of the outfits would benefit from being given its own context, rather than all being shot as one – some are more nightwear, while others are perhaps more daywear. So I planned setups that would give us those moods.

I also figured out how to meet the video lighting needs, and got a backdrop that I thought would work with the garments.

Emily arranged a hair stylist (Jodie), and decided to do the makeup herself.

This was a largely a case of validating the shoot plan, and of identifying any additional requirements (for me – continuous lighting for video, net curtains and props).

I had some more ‘mood’ shots to show, which Emily approved, so I was able to firm up the shoot sequence.

Start times were agreed, with makeup at 10am.

It was going to be a long day, so I warned that creativity could flag towards the end of the shoot.

In the event, everything went pretty much according to plan.

Holly was able to help me with the setups, and we worked quite well together in reconfiguring lighting between the stills and moving image – so although they won’t be identical, both outputs should have a similar look-and-feel.

Throughout the shoot, I checked the ‘back-of-camera’ images with Emily, to make sure we were getting images were in line with her expectations.
And we incorporated suggestions about any detail she wanted showcasing.

We started with the vest/shorts, then changed the set around a bit for the playsuit. This involved setting up a platform for the photographer/videographer, so we could shoot from a higher perspective.

After a break for the lunch Emily provided, and a reconfiguration of the backdrop and lighting, we shot the final two outfits, the bra/pants/suspenders set with the platform (this time for the model, so we could take

We finished the shoot at about 4:30pm, which was about the earliest I’d have expected.

I managed to get the proof images available the following day, and Emily chose her preferred images promptly. I edited a couple of the images fairly quickly, and gave Emily some variations in terms of the post-processing toning.
She responded positively and promptly, so I was clear  the standard to work to.
After a couple more images, we were happy with the work expected in post-processing, so I didn’t need to check back.

I worked with Emily on a photoshoot for the Final Major Project on her degree course. Communications were excellent, and pre-shoot meetings clearly established the brief and deliverables.

This was a really productive shoot, and we got a lot done – everything we intended – in a limited timeframe.

To a large extent, this was because Emily had chosen a good team, and because we’d covered most of the options in the planning meetings – so everyone knew their responsibilities, and worked well together to achieve the results.

The main risks – the time taken on changes between setups, and lighting switches – really worked seamlessly Emily had a thoroughly professional attitude throughout the process, and happily integrated creative suggestions into the project.

She was easy to work with, and – whenever I needed a decision, she responded positively and promptly, having quickly grasped the issues involved.

She also provided really useful feedback during the editing process, so I clearly understood what she was expecting.

I’d be more than happy to work with Emily again.

Here’s the video (by Holly Androlia) we shot at the same time : 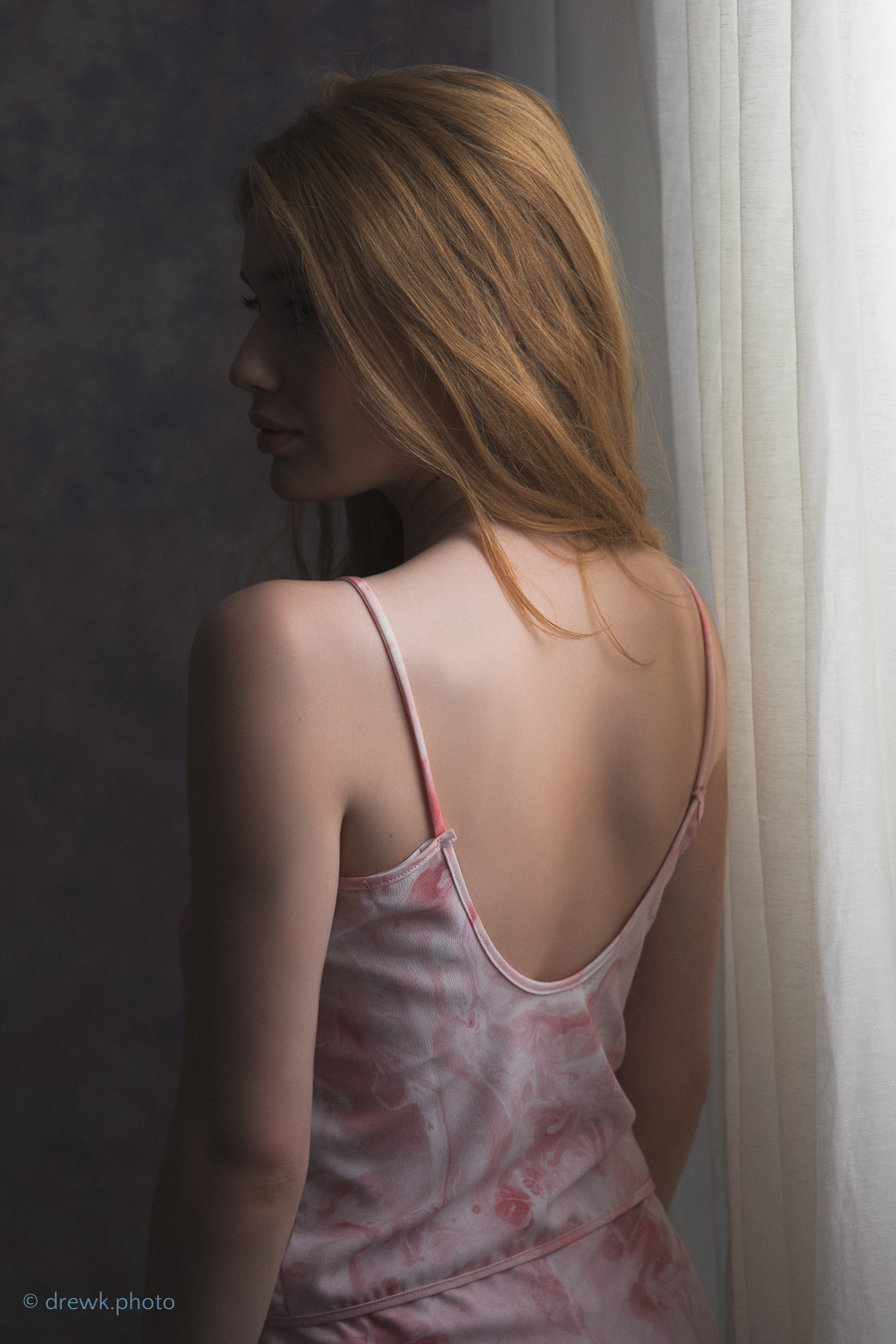 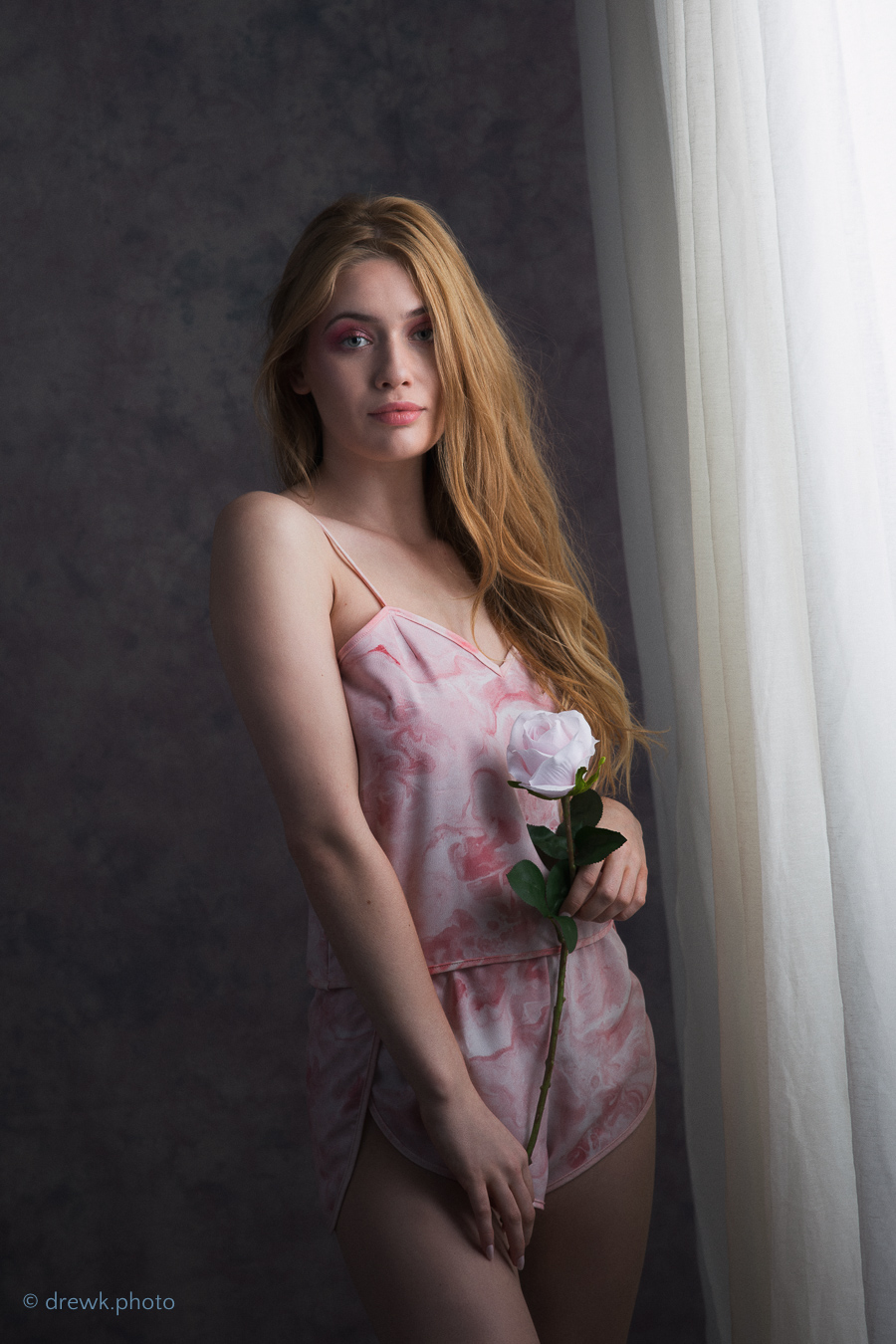 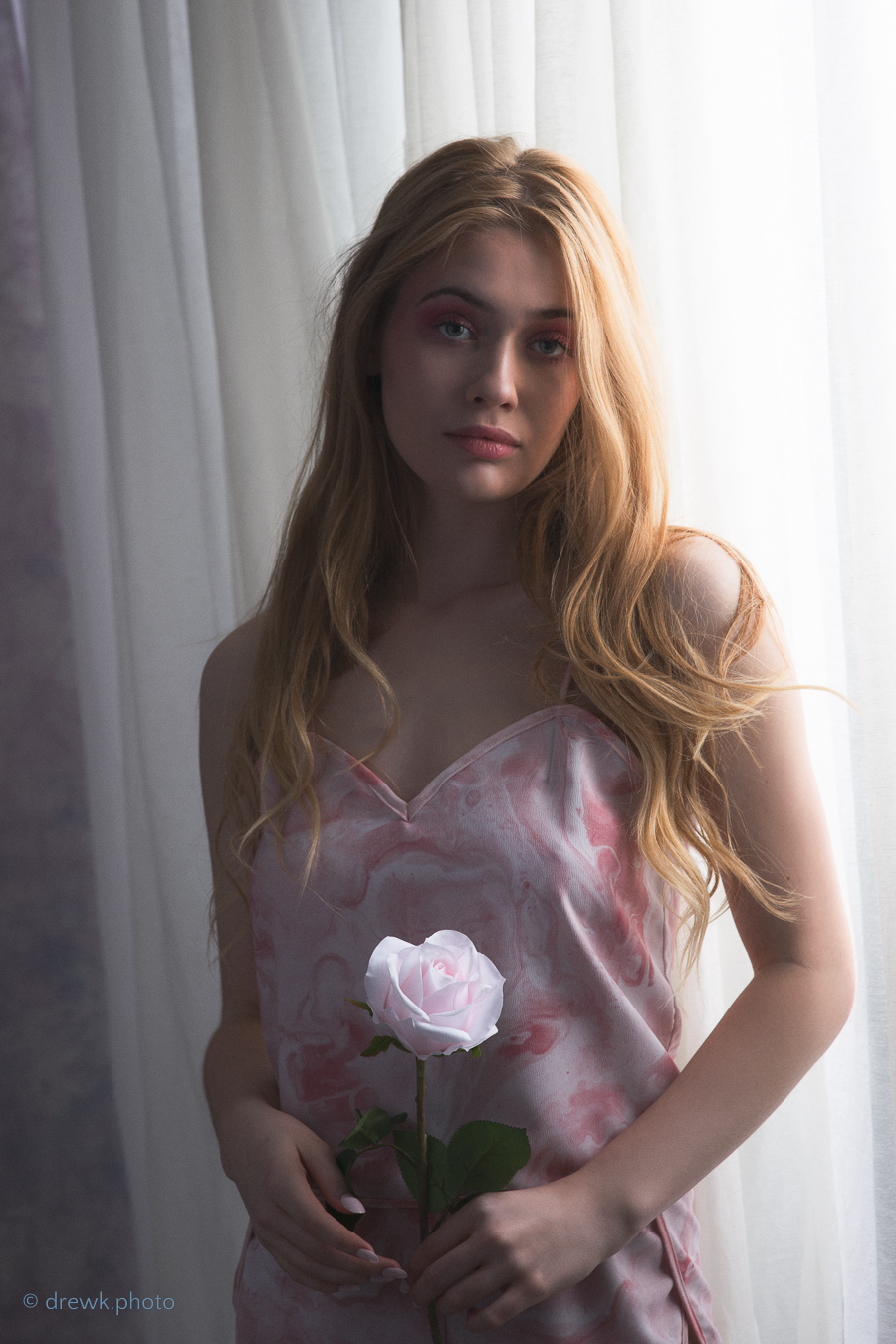 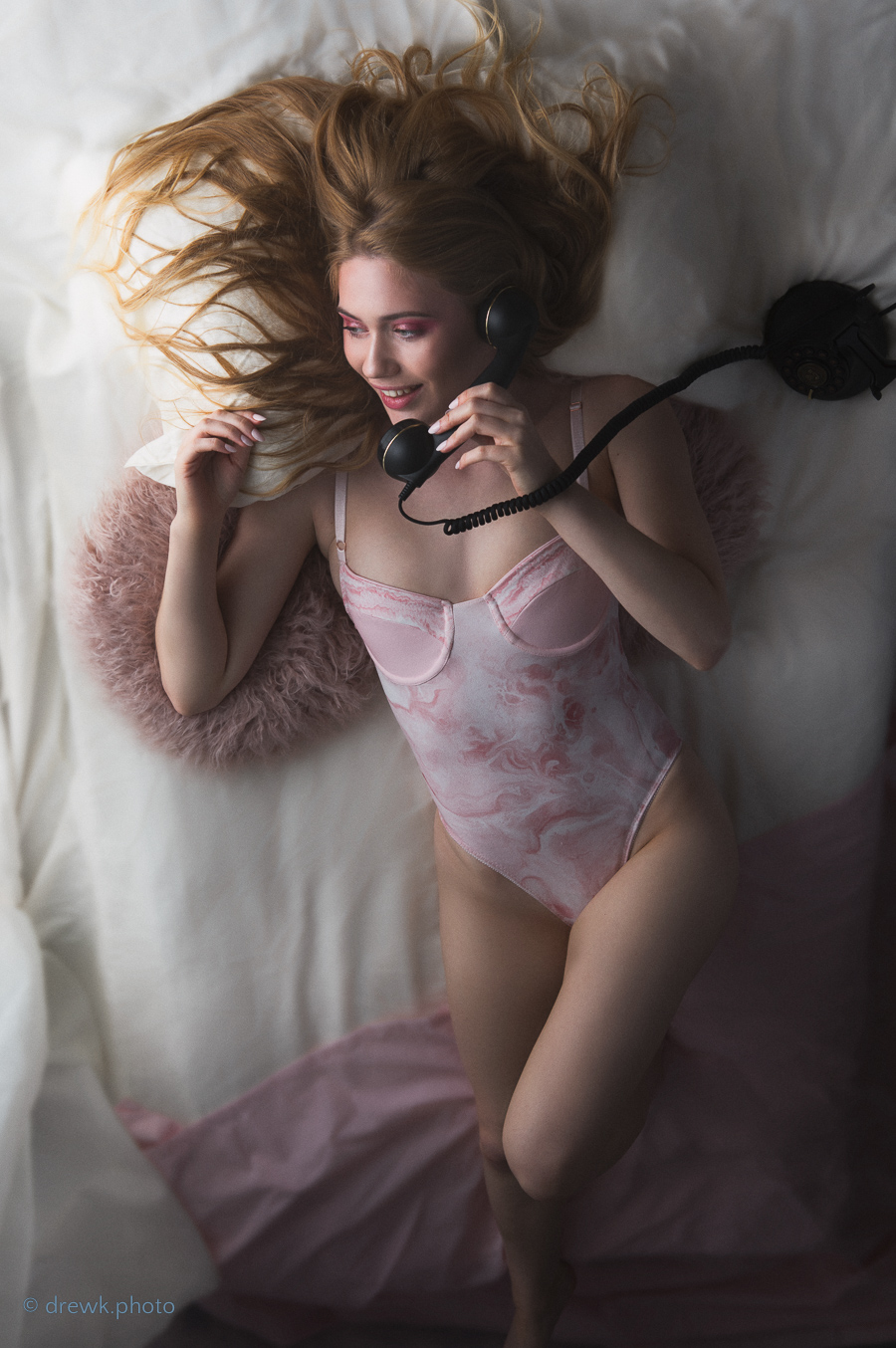 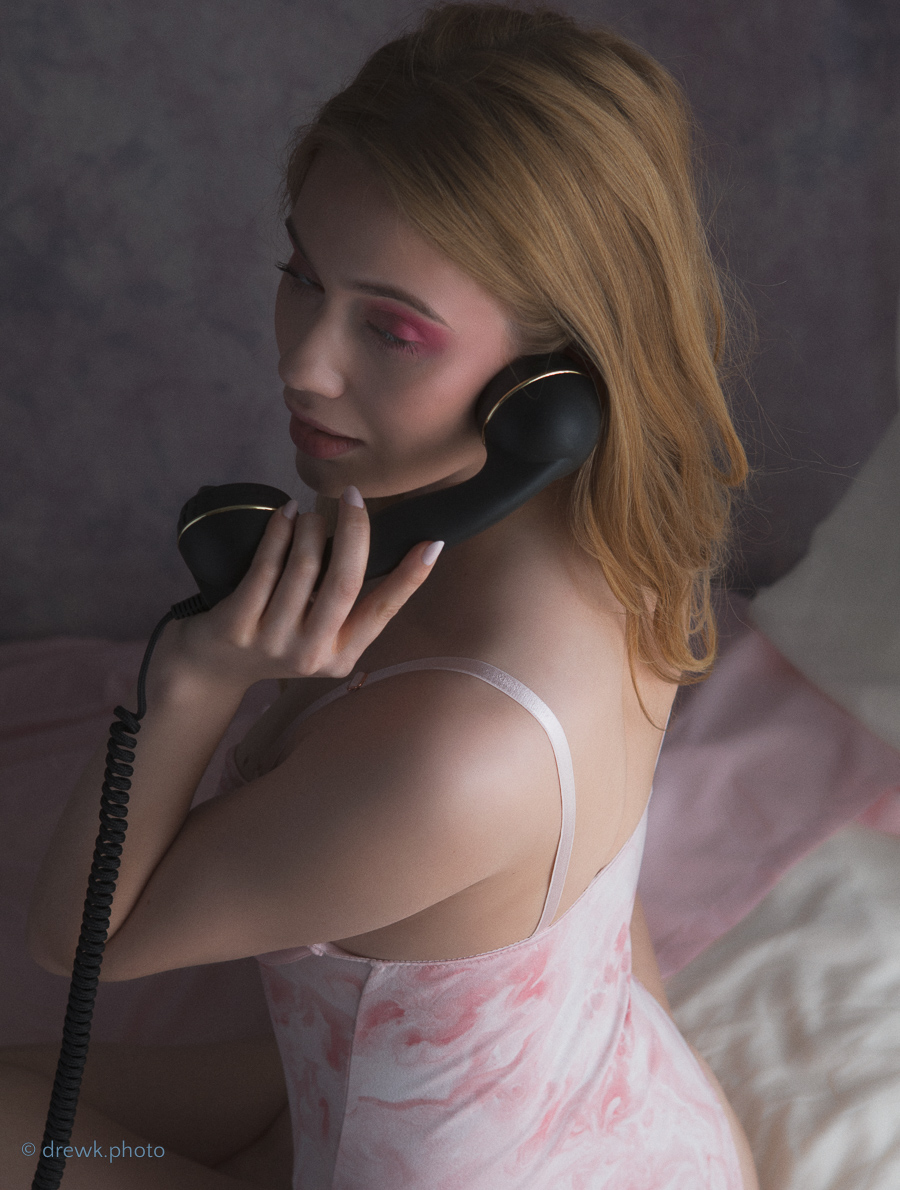 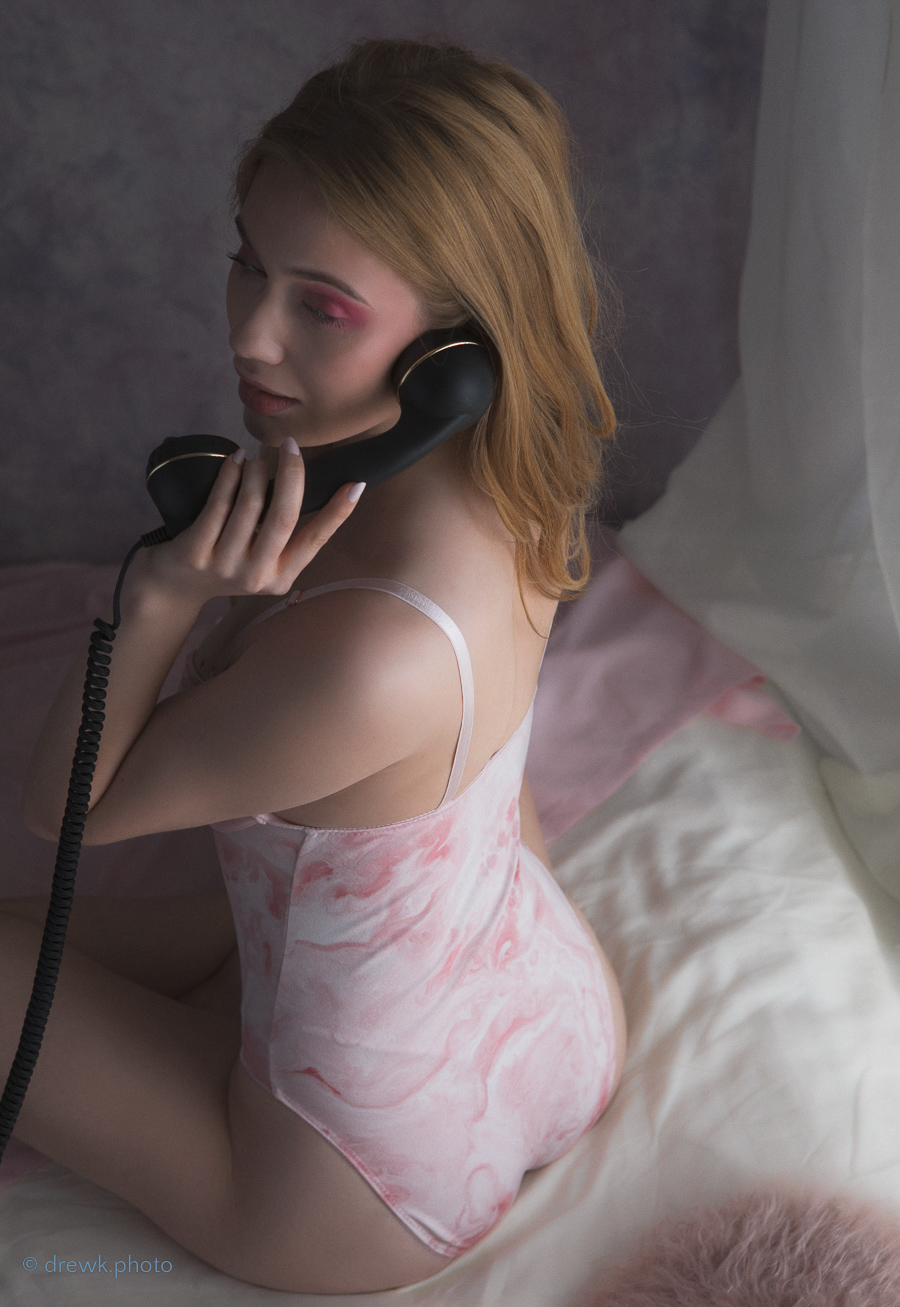 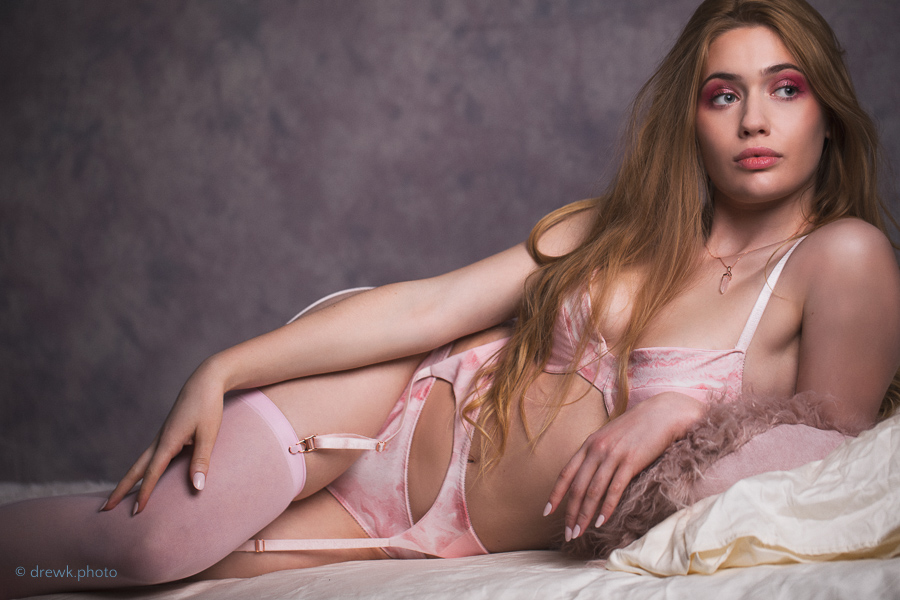 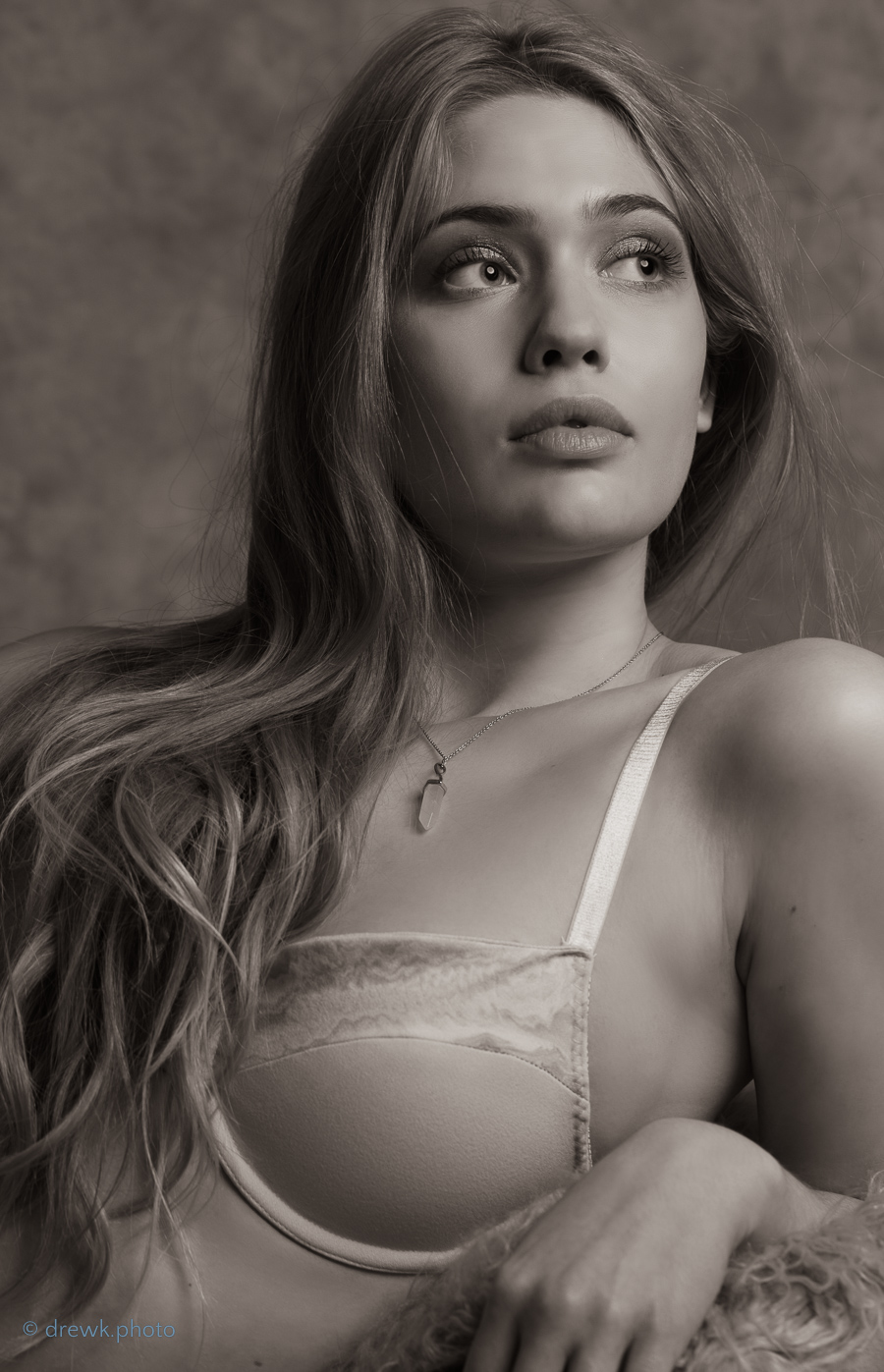 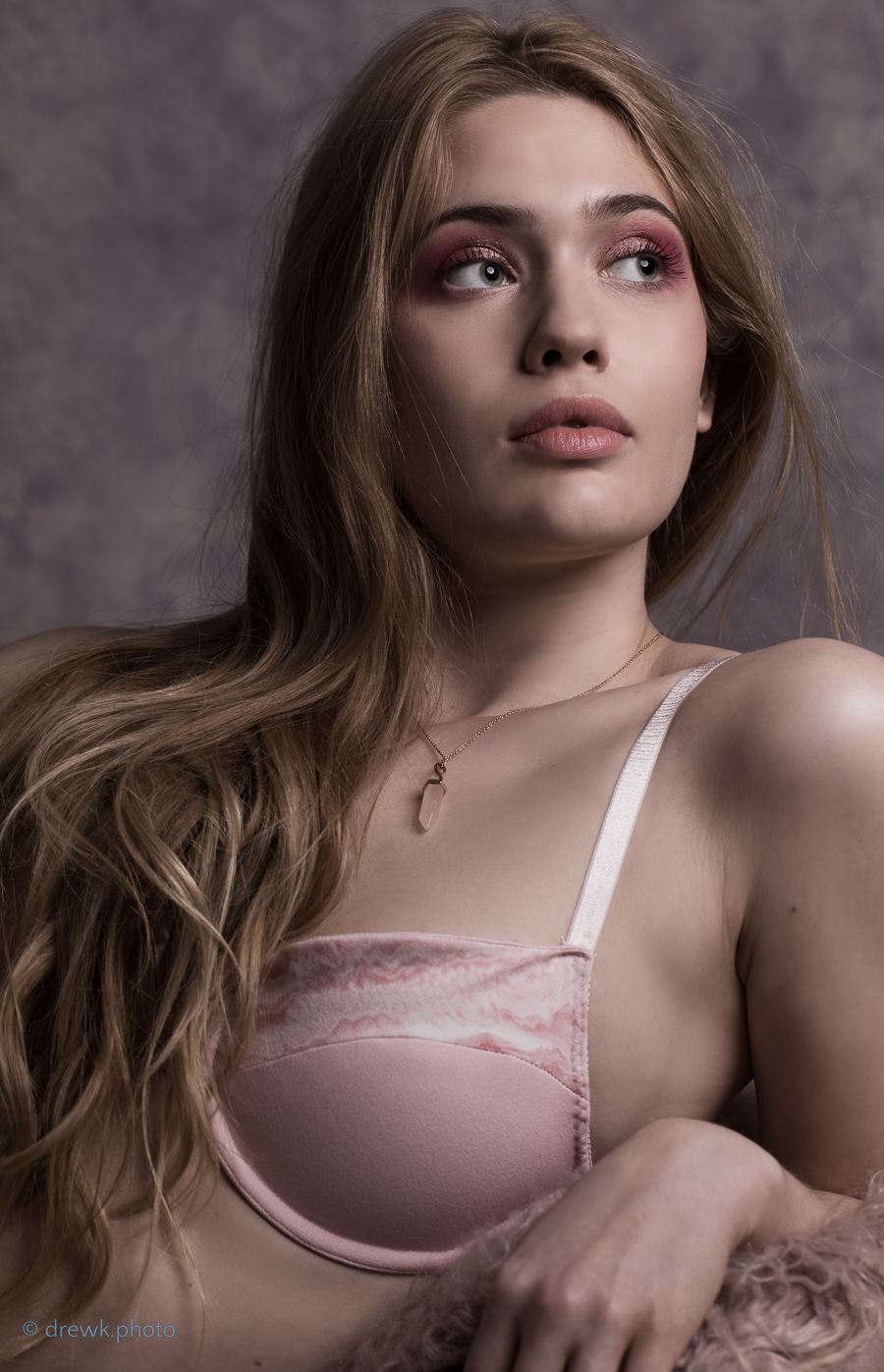 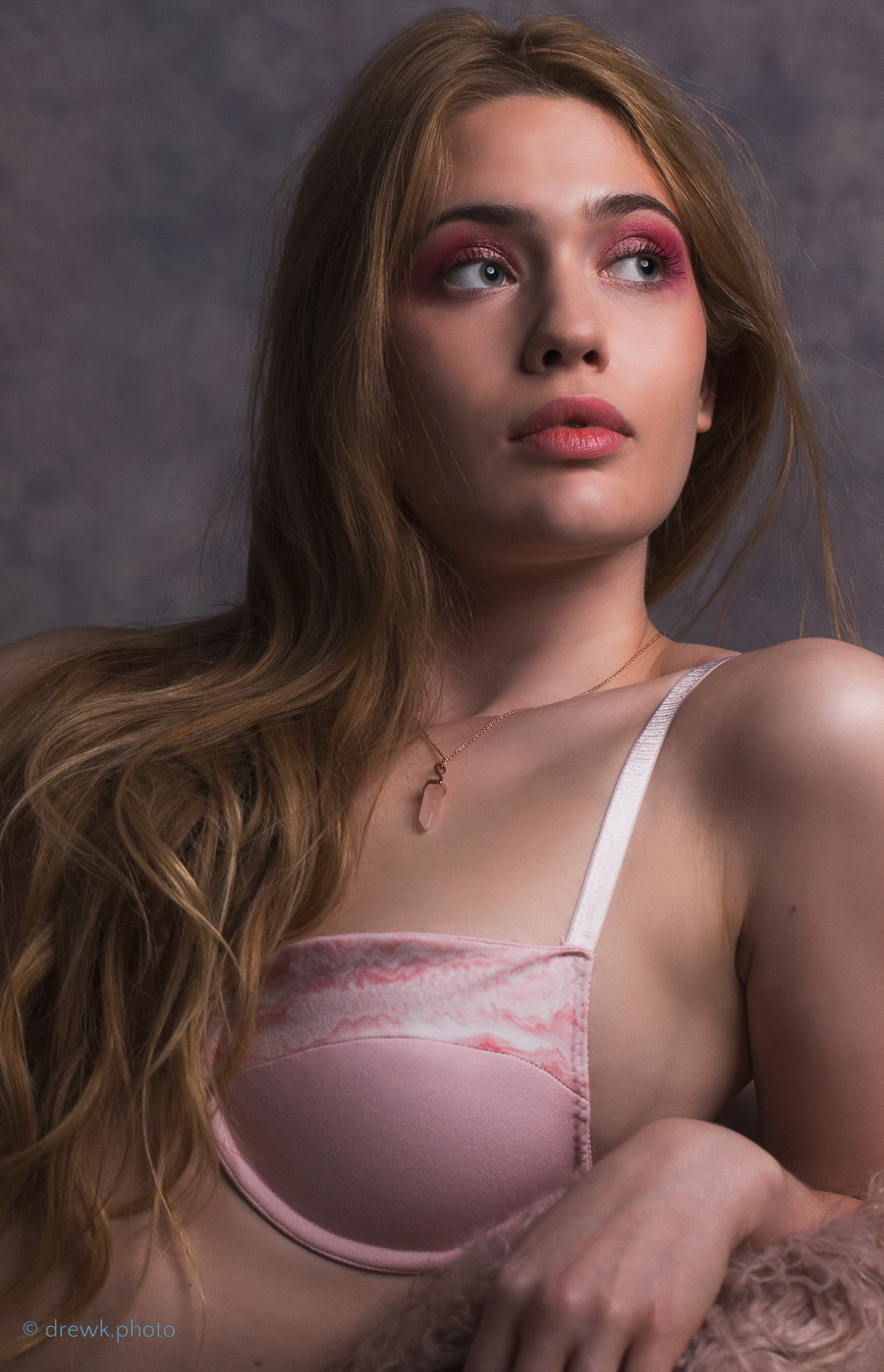 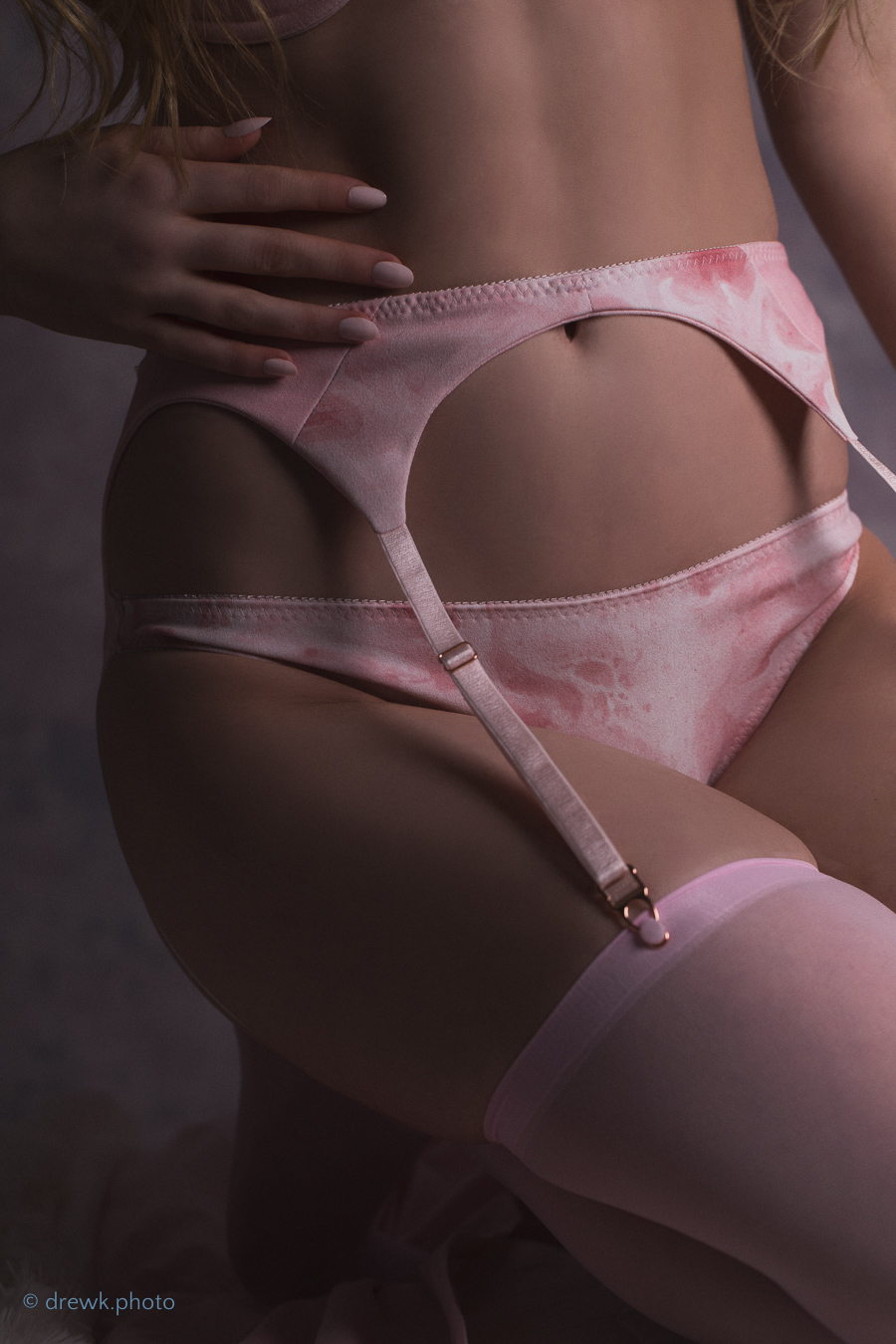 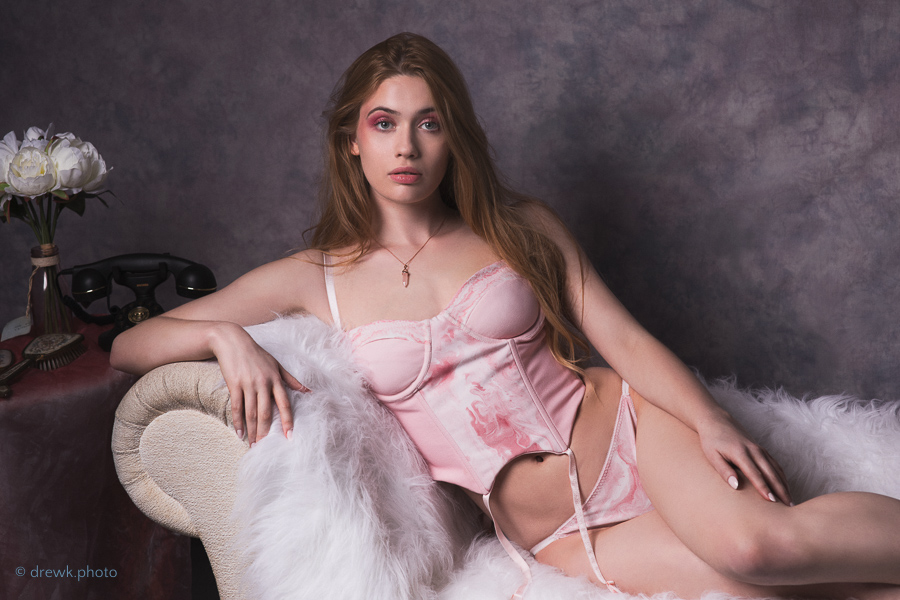 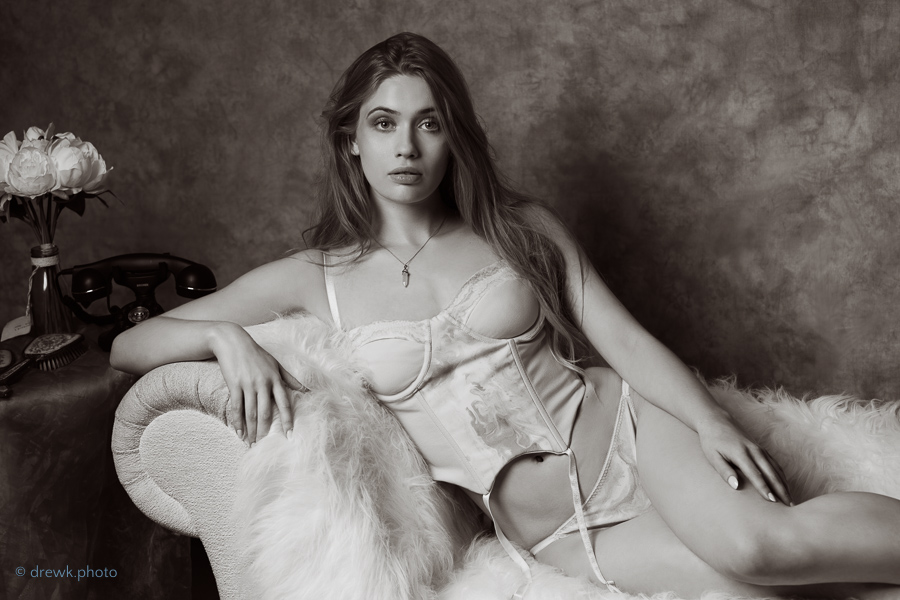 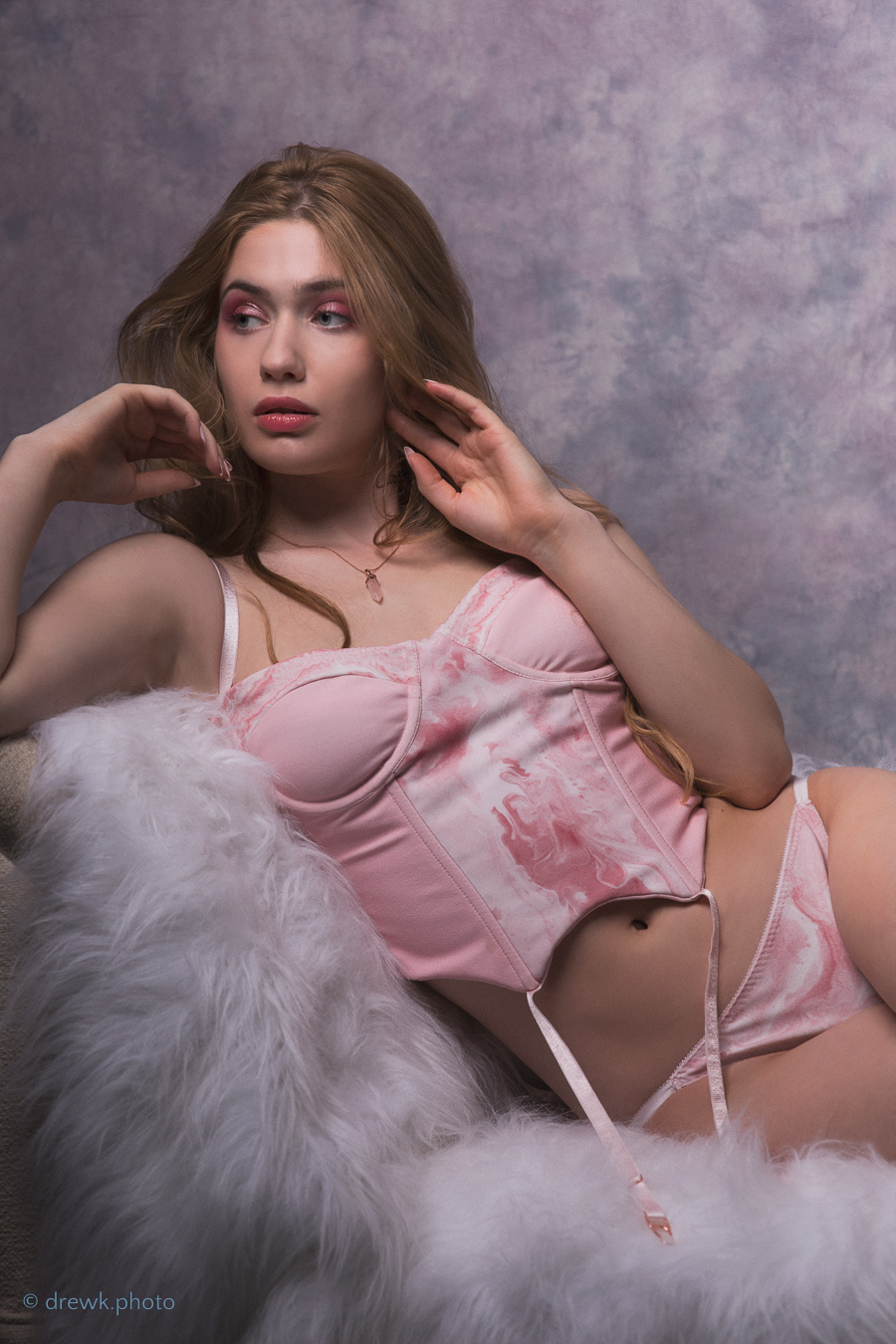