As part of winding-up my degree course, we got to show our work at the Free Range exhibition at Truman’s Brewery in London.

It’s the first time I’ve shown any of my work for a couple of years, and I’d almost forgotten how satisfying this could be. Also … how much hard work could be involved. 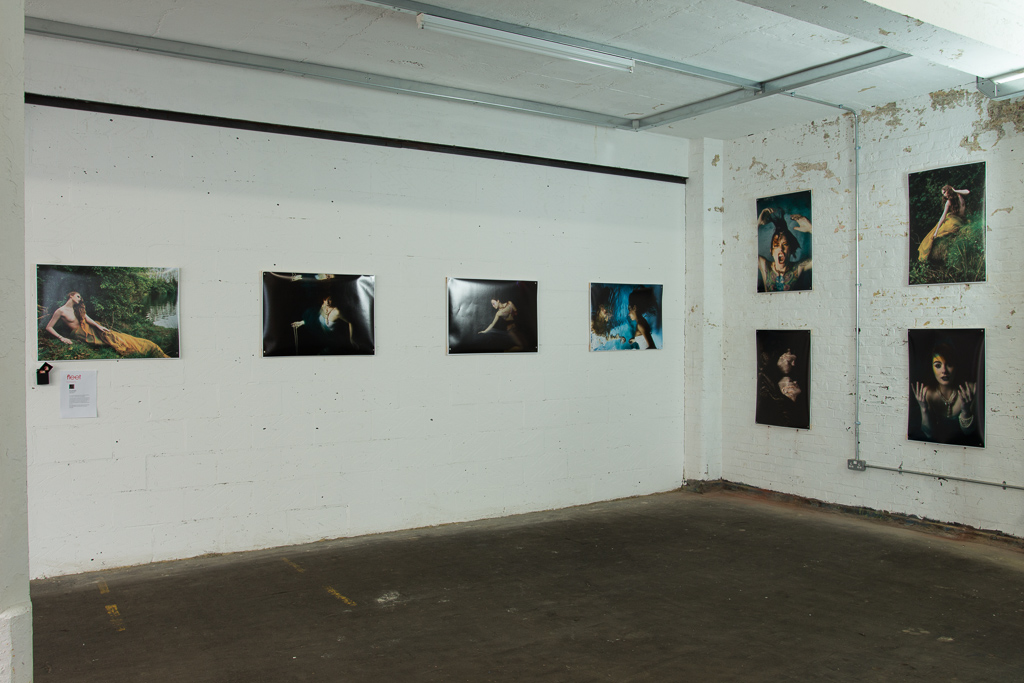 My little bit of the show mostly contained the best of my underwater images, but I also included a couple from my “Emergence” shoot (about which I may post later).

We’d just got our results a couple of weeks before (and we’d had the grad. show after that), so it was really a bit of a rush to get everything ready for this show.

We’d got one of the spaces in the (newly-opened) second floor. They’ve very much kept a “warehouse” feel to this space, and we used it to show our work informally, but at scale. I think it worked, although I’d tweak a couple of things.

I was trying out a magnet system for hanging the images. This was quite effective, but I think I’d go with stronger magnets in future, to keep the images taut.